Learn About China - SIC | Scholarship in China From Bangladesh 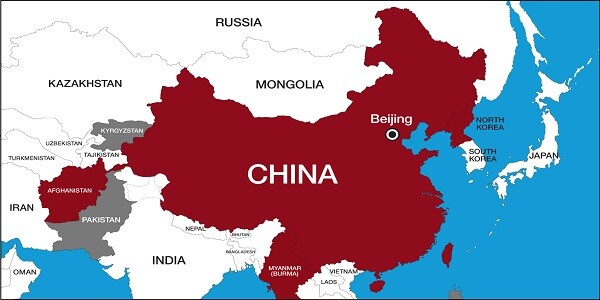 China has more than 32000 km of coastline (including the mainland shore more than 18,000 km and island shore more than 14000 km), and a boundary line of more than 20,000 km, bordered to the north-east by DPR Korea, to the north by Russia and Mongolia, to the west and south-west from north to south by Kazakhstan, Kyrgyzstan, Tajikistan, Afghanistan, Pakistan, India, Nepal, Sikkim, Bhutan and to the south by Burma, Laos and Viet Nam.

The country is marketed the following geographical coordinates: Latitude from about N53 31 to about N3 50 Longitude from E73 40 to 135 05

The climate in China is generally moderate with four distinct seasons, so it is a favorable place for habitation and living. In most areas, it’s cold and dry in winter, with significant differences through the south to the north, while it’s hot and humid in summer, with little differences between the south and the north. Precipitation decreases from the southeast coast to the northwest inland gradually.

China has since ancient times been a united multi-ethnic country. After the foundation of the People’s Republic of China, there is a total of 56 ethnic groups officially recognized by the central government, the largest being the Han ethnic group.

The standard language in China is Mandarin Chinese, a universal language used by every ethnic group. The state council announced on February 6, 1956, that Mandarin should be promoted and supplemented the concept of mandarin: Mandarin has Beijing pronunciation as its standard pronunciation, northern dialect as its primary dialect, and the typical modern vernacular Chinese as its grammatical standard.

In addition to Mandarin, there are 80 languages in this multinational and multilingual nation. Most minorities have their languages. Even for Chinese itself, almost every region has its dialect, which can be very different from each other. Local people talk in their dialects while learning Mandarin at school.