Study in UK | Admission in UK from Bangladesh | Scholarship UK 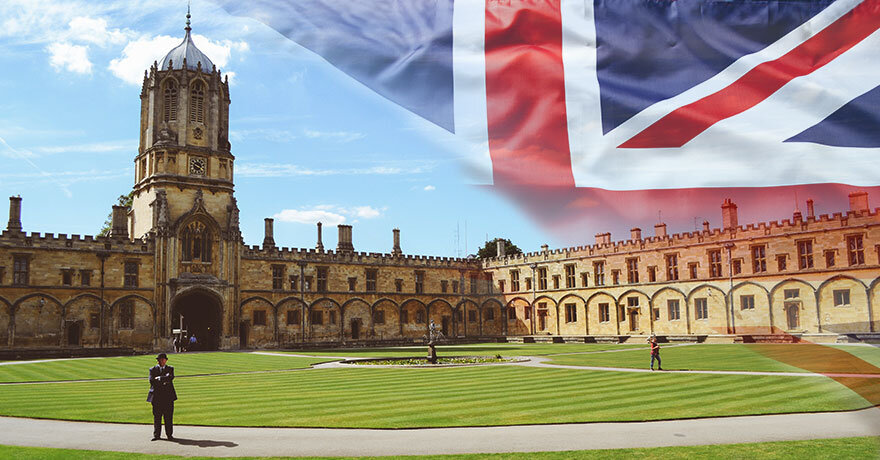 Why study in the UK?

There are many reasons to study in the UK. They have many high-ranking universities, and all programs are taught in English. It is cheaper than studying in the US or Australia. For Eu-students it is easy to travel to the UK, and at the moment no student visa is needed for EU-nationals, but that might change after Brexit.

Britain is a very diverse study destination. Choose between:

England has the most and the highest ranking universities in Britain. Here you can choose from classical student towns like Oxford and Cambridge, lovely coastal towns like Brighton and Bournemouth or exciting big cities like London. England is also a classic destination for language travel.

Wales in southeastern Britain is often forgotten. It is a nice part of the country with beautiful scenery and low living costs. Here we can help students from Scandinavia, Netherlands, and Belgium with the entire application process to the University of South Wales.

Scotland is the most popular destination in the UK for Swedish students. The tuition is currently free for EU students since the fees are paid by the Student Award Agency Scotland. It has been confirmed that the tuition will remain free for EU students studying in Scotland including the 2019-2020 academic year, then it is unclear what will happen. A drawback with studying in Scotland is that the Bachelor Degree’s take four years to complete here, just like in the US, while in England, Wales and the rest of Europe a Bachelor’s Degree can usually be taken in three years.

Northern Ireland is another forgotten part of Britain. Historically, it has been a troubled area, but nowadays it is quite peaceful, but they don’t have many universities.

In our school database, you will find a list of all universities in the UK (England, Wales, Scotland and Northern Ireland).

The English School System – what can you study in England?

England has compulsory schooling from age 5 to 16 divided into four so-called key stages where the last one includes taking the General Certificate of Secondary Education (GCSE). Then students who wish to continue at university level usually study 3-5 so-called A-levels for two years. Thus, English students are only 18 years old when they start studying at university. To be able to study A-levels, students must have passed at least five subjects in GCSEs with a grade of C or higher. The subjects you want to study at A-level level must, as a rule, have had at least a grade of B. However, the requirements vary somewhat between different schools. To be admitted to an English university, UK students need a combination of relevant A-levels with the required grades.

Students who don’t want to study at university usually study at vocational schools and further education colleges where they often take a Business and Technology Education Council (BTEC) certificate. Some international students study at these schools where you also can take foundation courses or a Higher National Diploma (HND).

When and how to apply?

If you apply to a college or language school, you usually apply directly on the school’s website. Some universities also take applications on their own website. The advantage of applying directly to the schools is that the application is usually easier and that you can apply more closely at the start of the course.

We can help you with applications to De Montfort University in Leicester an hour north of London and University of South Wales in Cardiff.

We also have a partner who can give you help with the application to all other UK universities! Fill out an information request for more information.

You can also read more in our article on how to apply for a university abroad?

How much does it cost to study in England, Wales, and Scotland?

In Scotland, the tuition fee is currently £1,820. However, EU-students can get their fees paid by Student Awards Agency Scotland until 2019-2020. Then we will see what happens after Brexit. Universities in England and Wales currently charge EU-students £9250 per academic year at the undergraduate level, so it is cheaper than studying at universities in Australia and the USA but more expensive than most other European countries. For non-EU-students tuition fees start at £10000.

Scholarship for studies in Britain

With the increased tuition fees, it has become more common with scholarships for studying in the UK. The University of South Wales, for example, have a scholarship of £2000 that EU-students can apply for. It is usually easier to get a scholarship if you study in smaller cities than in places like London that attract big numbers of international students. Read more in our scholarship guide.

The application deadline is 15/12, and your studies must start the following year.

Insurance to study in the UK

It is very important to have a good insurance when you study in the UK. EU citizens should get the European Health Insurance card, but you also need an insurance that covers liablity, transports, theft etc. We recommend AVI’s security passport for European students and Dr. Walter’s Protrip World insurance for non European students.

If you plan on driving in the UK, you will need separate insurance. Read more about study abroad insurances.

Student visa to the UK

EU-citizens currently don’t need a visa to study in Britain. This may change after Brexit. But most likely it will still be easy for EU-nationals to get a student visa to Britain if it is needed after Brexit.

Non EU nationals must apply for a student visa for long term studies in the UK.

Working as a student in the UK

EU-nationals can work without restrictions in the UK until Brexit. To receive a salary, you need to get a National Insurance Number and a UK bank account.

International students who study full-time at undergraduate or postgraduate level at a recognized UK university are usually allowed to work part-time during academic semesters for up to 20 hours a week and full-time during the holidays.

What will happen after Brexit?

Brexit will come into effect in 2021 once the transition period is over. What will happen then is not yet finalized. Non EU-students should not be affected, but it is very likely to involve a lot of changes for EU-students in the UK:

Can you help me to study in the UK?

Yes, we have partners who can help you to choose and apply to ALL universities and many language schools in Great Britain. However, please note that we cannot help you fund your course so you will need savings to cover tuition fees and living costs, at least $30000/year for non EU-students. Fill out our request form and we will send you more information about studying in Great Britain.